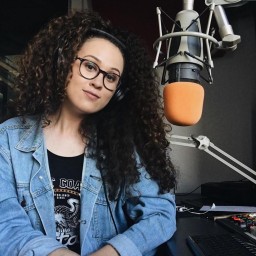 They’re the modern day Dora The Explorer’s taking over your Instagram feed, and they’re coming to a roof near you…

In no way do I advocate or encourage the act of Urban Exploration as it is a highly illegal and potentially dangerous activity. This blog post is for the interest and educational purposes of my readers only. To obtain a standard level of privacy and work hand-in-hand with specific legal guidelines, I will not be disclosing any personal or identifiable details of the interviewee. Do not attempt anything you read about in the following passage.

Thank you – Half Girl, Half Asleep.

Illegal yet intriguing, the Art of Urban Exploration goes against everything your mum and dad told you not to do. Usually requiring a frequent amount of trespassing and unlawful entry onto private property, it is Urbex that we have to thank for the rising numbers of parental anxiety (probably). However, the majority of urban explorers do not intend to vandalise property. One of the cardinal rules of urban exploration is to “Take only photographs and leave only footprints”. Urbex is a movement made by 21st Century youths and has changed the definition of exploration forever.

Instagram user and old friend of mine, @over.taken, was one of the first people to ever introduce me to the newest movement of exploration.

As similar to most Urbexer’s and Roof-toppers, @over.taken‘s illegal hobby stemmed from his love of photography. Although he enjoys taking photos of the more basic things like nature and the outdoors, the exclusivity of urban exploration is a concept that he just couldn’t get past.

“It’s something different that not many people do… and nothing compares to the thrill of being on top of a roof”.

But just like every other illegal act, there are strict consequences if you are found guilty. @Over.taken found himself in a large amount of trouble when he was caught on top of one of the Gold Coast’s most popular high-rises by the general manager. The police were called and his camera was confiscated for almost a year in total.

“I think that I would still probably do it if it was legal, but I guess it wouldn’t be the same. The thrill you get when you know you’re doing something that you’re not supposed to be is something that I can’t find in anything else but urbex.”

@Over.taken also believes that his love for photography contributes to why the authorities haven’t particularly scared him away from urbexing in the past. With the help of his trusty Canon 7D, he loves to capture and edit photos that differ from other budding photographers on the Gold Coast. Although Industrial and Architectural Photography isn’t the easiest to capture, with the abundance of high-rises and buildings on the GC, the desire is definitely at an all-time high.

Unfortunately for him, @over.taken didn’t end up learning from his first mistake and admitted that the GC incident wasn’t the only arrest on his record.

“Yeah, I got caught one night in Brisbane and had to go through heaps of legal stuff. I was sent to court and got punished with Youth Justice, which is where you have to sit down with the building managers and talk about how you got onto their roofs along with your penalties”

When asked what kind of advice he has for emerging roof-toppers, he simply said to avoid wrecking spots and just have fun. While his favourite places to visit are the Q1, Meriton and Soul, he doesn’t particularly endorse the activity either.

“Yeah, I’ve stopped trespassing in general now. I can’t really afford to get into trouble again”

To check out more of @over.taken’s stuff, click here.